Day 63 of My 90 Day Painting Challenge 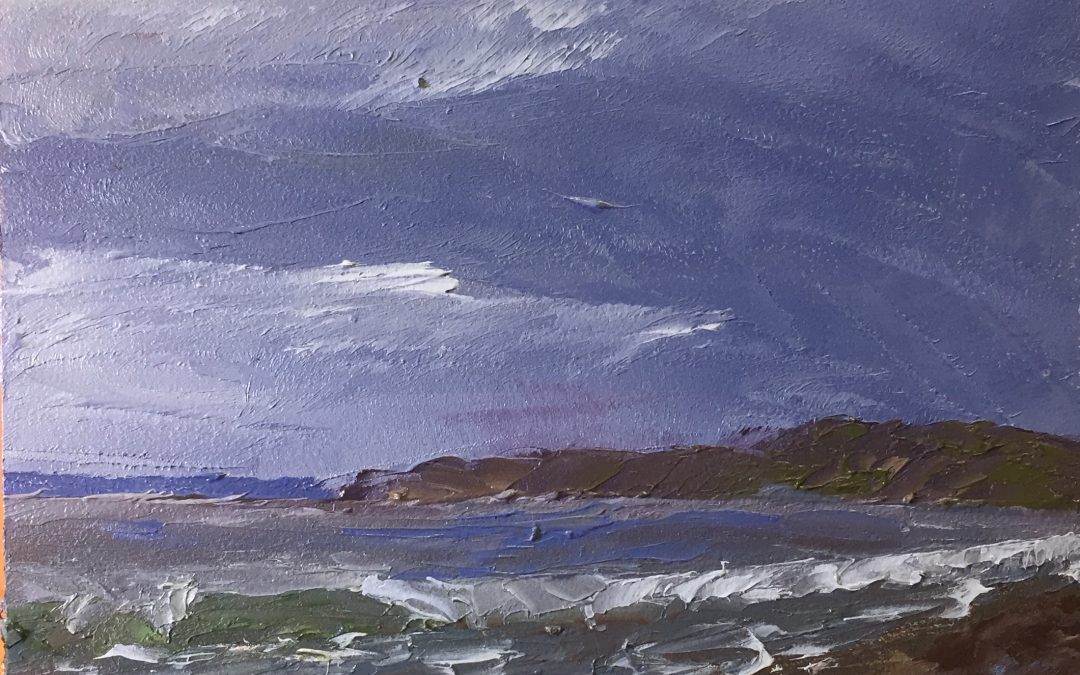 Last September (it might’ve been Labor Day) we went to what my son calls “Ojai Beach” – Bates Beach. No, Bates Beach isn’t in Ojai… but it’s not far and except for the steep walk down the hill (actually going up, especially with all the beach stuff) it’s perfect! (Was that sentence long enough?)

Anyway, was a beautiful, hot California September when all of a sudden, the sky darkened and it rained! Granted, it wasn’t much, but it did rain. For those of you that aren’t from this area, rain has gotten rare — and to have a cloud burst in September – it’s even rarer!

The rain didn’t ruin our day, barely tapped us even though we could see dark clouds and hear thunder in the distance. After the rain passed… I reached for my Kindle and the grands went back to the water.