Day 57 of My 90 Day Painting Challenge 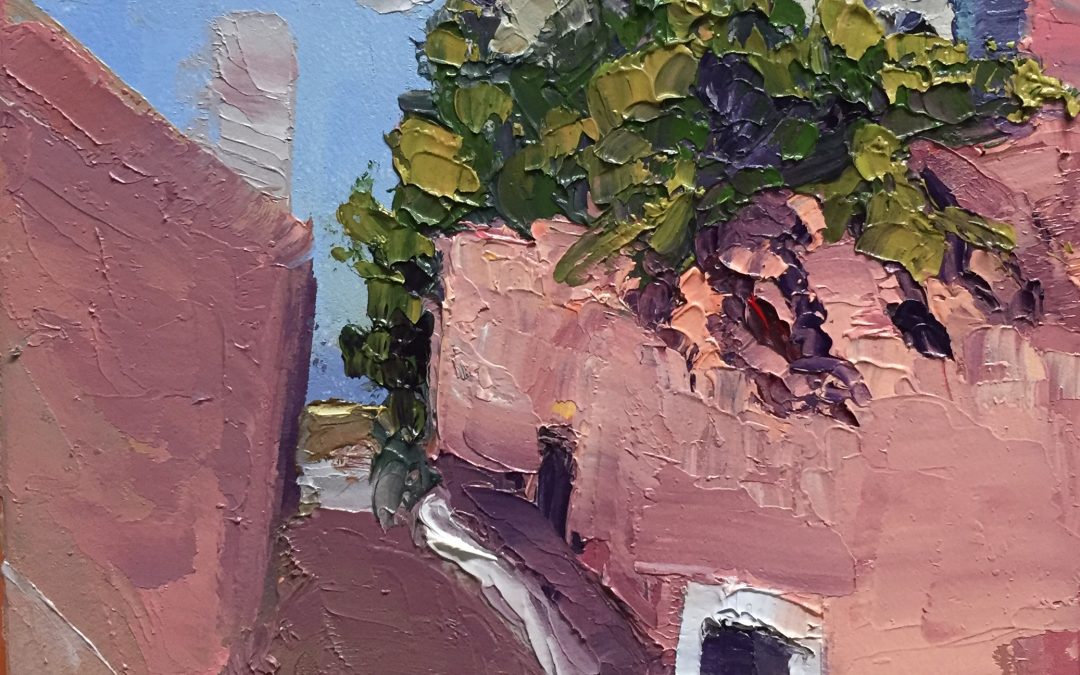 I know this isn’t the typical whitewashed view of Santorini that we’re all used to seeing, but that was my motivation for snapping this photo when I was there.

I must admit, I have mixed feelings about Santorini — and it is not Santorini’s fault. We were on a cruise and had gone on a ship-sponsored excursion to Santorini. The woman who led our group LEFT US on the other end of the island. I heard from my fellow passengers that they told her we weren’t on, but she left anyway.

What made it worse, my “cruise card” and ID were on the bus. We ended up taking a public bus to the other end of the island and it was kind’ve funny — when the doors opened, a mass of humanity tried to fit through the bus door. If Kevin hadn’t been so tall and pulled me through, I would never have made it on the bus!

I was thankful I had taken some Greek lessons before we traveled so I was able to understand enough to know what bus we were supposed to get on. It was a great trip — but especially hanging out with the Apostolinas’ family in Volos and Velestino!