Day 15 of My 90 Day Painting Challenge 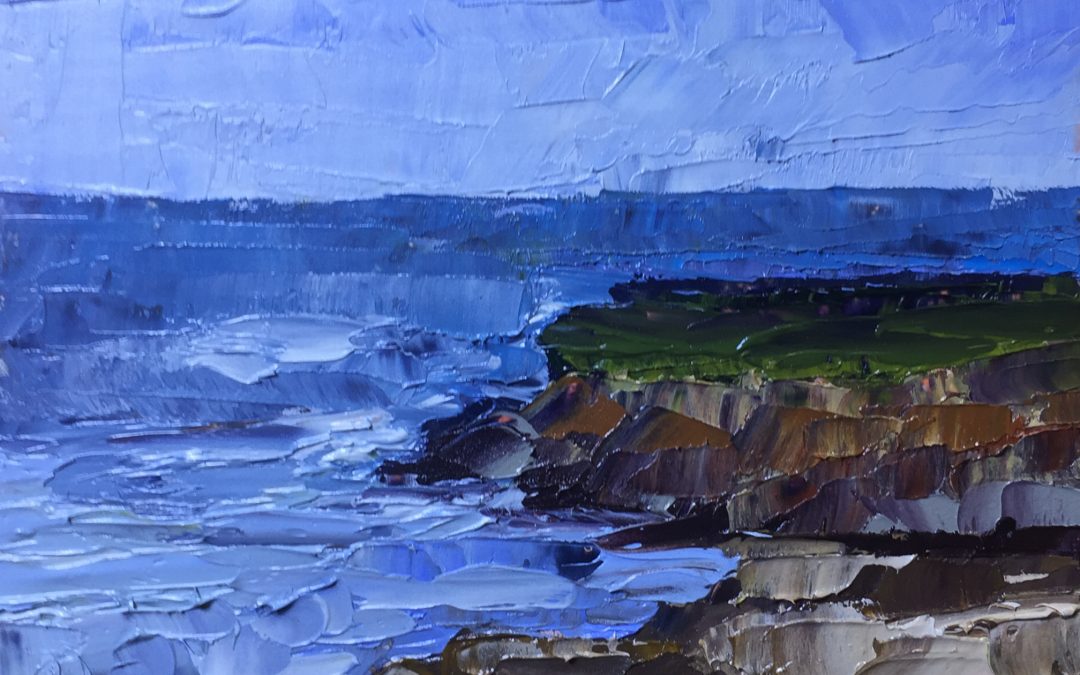 A few years ago, my husband and I decided on the spur of the moment to rent a small RV and drive to Oregon. It was wonderful because it was late October (we actually spent Halloween in the Redwoods and carved a pumpkin) and we had no reservations but were still able to get into campsites with no problems.

We traveled up the coast of California and stopped in Mendocino. Couldn’t believe how different it looked than Southern California — wilder, windier, colder… I loved it!

This is a small piece: 5″ x 5″. I did make one big mistake though. Last night I had a little difficulty with my piece, but I blamed it on all the cooking I had done that day and the fact I was tired. Today, while I was still doing a lot of cooking and was tired, I realized the trouble was the ground I had used.

My gesso was old, but I needed to get my boards done so I could paint. I had some primer that I had used when I participated in “The Art of The Egg.” I thought since it was a primer, it would be fine.

I realized that it’s just to slick and the paint just slides around too much. It’s made it a little hard to work with.  I’m definitely going to have to buy some gesso when I get back.

I’ll be going dark for 4 days — will be at a family reunion. I almost was going to put off starting this project because of the interruption… but, frankly, there is no perfect time.